The Kush Mix - Mixed by Pipomixes 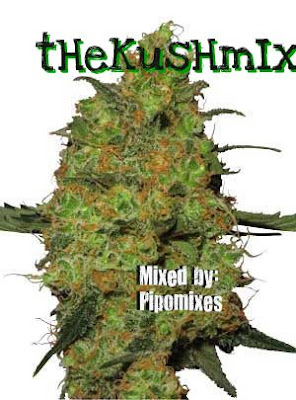 This mix is a few years old, but I thought I'd give it a post for those of you who have never heard it. Below is the explanation I gave about the theme of the mix when I first released it.

This mix was inspired by the Chronic album. I have come to the conclusion that the Chronic album is the greatest hip hop album of all time (in my opinion). When the album came out it sounded like nothing before it. Since the album dropped, nothing has touched the uniqueness of the Chronic sound. My goal with the Kush Mix was to create a mix that sounds like no other mix. I mixed songs that are usually not mixed together with the aim of creating a musical landscape that tells the story of a “night on the town.” I hope you enjoy the mix as much as I enjoyed making it.

Tracklist (to the best of my ability):

hi,
this is a cool mix with a tasty choice of tracks...super dope blog...is the ameldabee donuts mix just for listening or is there way to download it?
greetings
carwhy

Just by reading the track list it sounds nice. Reminds me of an old Tuesday night. Me and my friends used to get together on Tuesday nights and party. We would eventually end up in my spare room with all my records and would mix songs back to back to back taking turns trying to one-up each other while trying to keep a theme going. Almost like a loose Kevin Bacon game using songs, artists, titles of records. I miss that part of my bachelor life. I miss that spare room at my old apartment. Oh the days. Can't wait to listen.

Brother, thanks for posting this here...I guess maybe my previous comment triggered it!!!...you're very responsive, good quality, bro!...much easier for me to download being on a community computer at the moment...awesome mix, i've shared it with my fam and they all love it!!!...by the way, ever check out "altrap.com"...a site by an Irish transient to Tallahassee, FL by the name of DJ A to the L...it's got some good stuff on it as well...you may be interested...dude's a character and very talented...seems ever since Stretch started doing his KonstantKontakt, these blogs started popping up like wild fungi all over the place...I love it...although Stretch's blog's seems to have fallen by the wayside lately...he's a busy dude and i guess he's let all the others sort of take over the realm...aiight peace Brother

Glad you are enjoying the site. I'll check that other site that you mentioned. Have a great weekend.

This mix is great. Finally got a chance to listen on the way to and from work yesterday, 14 hour day, fun stuff. The Swingers moments made me laugh, the memories.

I will definitely repost this at PSB.

Glad everybody is enjoying the mix. I would have posted it sooner had I known you all would enjoy enjoy it so much.

Check for a new R.I.P. Scratch Magazine to post in the next few weeks.

great mix man; the movie is straight hilarity, the mood and tempo of the mix itself is great; your mixes belong on the page with all the other "greats" you've got posted on the site. keep it up brother

thank you for the kind words

Just wanted to say I'm a big fan of what you do on this blog. You're mixes are really great (especially this one). FYI-The Buffalo Springfield song is "For What It's Worth".

The track list is incredible on this mix. Unfortounately I am unable to download it, is there anyway that you can make that possible? I think it's very creative when individuals step outside of the box and stand on their on two. I happened to stumble upon this sight and I love it. I hope I am able to get a copy of the first kushmix, and I look forward to hearing more creative mixes while smoking a cigar and drinking a beer. Peace.
Mince2240

I'm having the same problem as Mince...would really like to hear this mix, but zshare just hangs...any help you can provide would be greatly appreciated!!