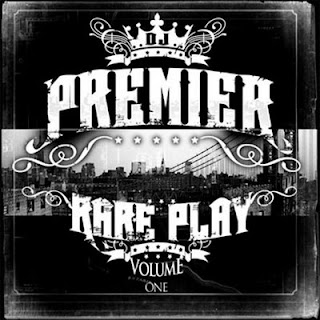 This week's re-post consists of one of the better mixed Premier mixes that I've heard. Below is the original post with all the details.

No better way to start off the week than with an all Primo mix, mixed by DJ PPP..Premier himself. The mix primarily consists of slept-on Premier joints that are not the usual suspects when one thinks of Primo's vast catalog of classics. On the mixing side of things, Premier does himself some justice on this one because you will not hear songs abruptly scratched-in to ruin the whole rhythm of the mix. Rather, Primo took his time mixing his own music by blending together all the songs quite nicely with some double-rocking here and there.

Gotta hand it to Primo for actually mixing on this joint....I'm glad I finally heard this.