Say Brother: A Collection of Songs - Mixed by Jared from the SoundLibrary NYC 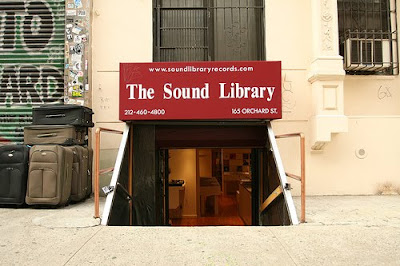 I got tell you all, I started this blog just so that I'd have an outlet to post my own mixes. Along the way, I thought it would be a good idea to post other people's mixes in order to generate traffic so that that there would be visitors actually frequenting the blog when I got around to posting my own mixes. Two years later, the basic concept of the blog remains the same though the blog has taken on a life of its own as the number of visitors frequenting the site has increased. Now, it has almost gotten to the point where I feel that the blog is performing some sort of public service. It is very rewarding to read all of your complimentary comments and emails about the blog. With that said, one of the perks of hosting this blog is that many of you have been very generous in sharing with me your favorite mixes. Today's mix is one of those gems that I would have never heard if not for the generosity of one of you. Apparently, only 200 copies of this mix were generated. All you record nerds will especially enjoy this one. Have a great week.

Say Brother: A Collection of Songs - Mixed by Jared from the SoundLibrary NYC (download)
Posted by pipomixes on Monday, January 25, 2010

Right on man, i love what you had to say. For many years now i have been let down buy what's out there... your site shows me there's still real headz out there willing to get down and share what a lot of us grew up on.

and massive thanks for changing the zshare for sth reliable!!!

this place absolutely is a public service! thanks so much - much appreciated!

Props for posting this. Jared aka JBX is now of Big City Records. I highly recommend a visit to all vinyl junkies.

Quality stuff here, I always look forward to the Friday "slept on" mixes.