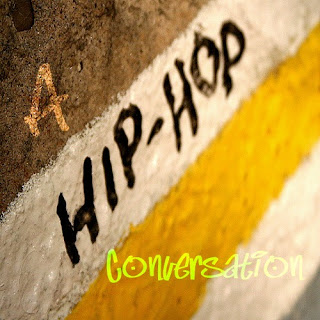 I know many of you enjoy my personal editorials, anecdotes, and stories.  I apologize for not doing it more, but it's tough to get the free time that is needed to craft these posts.  In any event, here is another installment of one of the many hip hop conversations I have had with my students over the years.  Please remember that these conversations are for entertainment purposes only.  Even though today's entry seems to imply that today's youth have a lot to learn about hip hop music and culture, you'd all be surprised by how much the "real" still recognizes the "real" regardless of age.  However, those stories wouldn't be as much fun to read.


Student: "Hey professor, you listen to hip hop don't you?"

Pipo's Mind: Does the sun rise in the east.  Motherfucker, I am hip hop!

What Pipo Actually Said: "Sure I do. I am a hip hop baby after all."

Student: "Have you ever heard of Immortal Technique?"

Pipo's Mind: Oh god, here goes another 18 year old revolutionary who's about to say something in which he has no idea of what he's actually saying.

What Pipo Actually Said: "I heard his first two albums."

Student: "So you disagree with his politics, huh?"

Pipo's Mind: Look my young Che Guevara t-shirt wearing, nut hugging jeans rocking, Immortal Technique listening, I still sleep in my bedroom next to my AYSO trophies and only eat mommy's cooking revolutionary, I just don't think your boy is rapping to an audience that is married with kids and has a mortgage.  I don't necessarily disagree with his politics.  It's that unlike Immortal Technique, I was educated in a school and not a prison cell.  That education along with experience and age has made me realize that the injustices of the world are a little more complicated than a mass conspiracy of power brokers trying to keep me from succeeding in life.  As a result, I find listening to your boy an insult to my intelligence.

What Pipo Actually Said: "Not necessarily. I just can't get over how heavy he breathes on the mic.  Dude needs better breath control."

What Pipo Actually Said: "So do you enjoy political rap?"

What Pipo Actually Said: "So what do you like about Immortal Technique then?

Student: "I like how he gets all political in his music.  Dude really know what's up."

Pipo's Mind: Oh God, get me out of this conversation now.  It appears that the little hope I had of steering this conversation in the direction I wanted to take it is now over.  But I just can't help myself.  It is my personal duty to educate the youth on the cannon of hip hop music.  DON'T DO IT!  You'll end up sounding like Professor Grandpa.

What Pipo Actually Said: "You should listen to Public Enemy."

Student: "Oh yeah. I saw the movie a few years ago.  It was alright I guess."

What Pipo Actually Said: "Not the movie, Public Enemy the rap group.  Have you ever heard the song 'Fight the Power' or 'Don't Believe the Hype'?

What Pipo Actually Said: "Google it."

It wouldn't be nearly so funny if it wasn't so damn true.

I really like your blog and don't know you, but this post gives me the impression that you are quite arrogant

I've been accused of worse.

this post gives me the impression pipo knows his stuff and was simply trying to nudge the young kid into the right direction.

Ok, so I wrote this whole diatribe and some reason it got erased...

Here is the shortened version:

1) Stop sugar coating it for the kids and start saying exactly what's on your mind.

2) Arrogant? when a professor who has honed his craft is speaking to a student of a game he's not sure what the actual rules are yet?...
That's called education and understanding the poor child's lack of exposure to the proper channels of education

4) You and I are basically the same demographic and yet I've never met you before. Then again, living in LA, it's possible we have crossed paths many times and just not known it...Maybe at Stacks Vinyl, Fat Beats, a show or random shoe spot...lol

5) Keep doing what you do...having a family & mortgage forces you into a whole different mind set. Priorities get rearranged and the need to fulfill our pathos is diminished. It's great that you still put aside time to keep us informed of the up and up, the what used to be up and has been forgotten and well, anything else in between.