The Whitewashing of James Brown 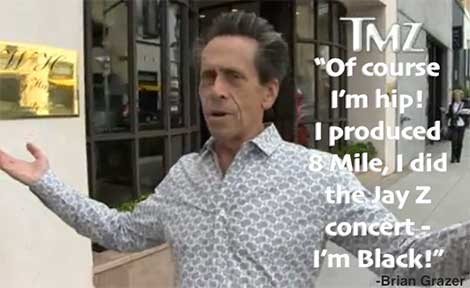 I normally don't agree with this type of viewpoint (you can see my twitter timeline for some of my comments in response to Questlove/Q-Tip's views on race and hip hop culture), but I'm 100% in support of the author's argument HERE.  I suppose much of my support comes from what I've similarly interpreted as the whitewashing of Muhammad Ali (perhaps better said, the pacification of Muhammad Ali) over the last 20 years or so.

In the case of Ali, he has become a universal hero within American folklore.  Of course, the irony is that Ali was loathed by mainstream America in his heyday.  Everything he stood for and represented was a direct threat to the American establishment.  All of that is now forgotten.  Unfortunately, Parkinson's disease forced Ali to age at too young a point in his life.  Even if he wanted to be, he no longer has the physical, verbal, nor intellectual capacity to threaten anyone or anything.  Only under such circumstances has the American public embraced Ali.  Our own American Dali Lama of sorts.

The story of Muhammad Ali is one that commonly refers to him as the "greatest."  Seldom does that story ever mention why.  Sure, there are mentions of Ali's association with the Nation of Islam, his outspoken criticism of the Vietnam war and American imperialism, along with brief mentions of his ideological preference for Black Nationalism as a means for racial justice.  However, all the more radical aspects of Ali's biography are likely only accepted by the American public with the precondition that those views are in the past.  In case there is ever any uncertainty on that precondition, the American public reassures itself by visually seeing the debilitating effects of Parkinson's disease on the once great champion.  It's as if the American public says to itself; "Even if he still held all those radical views, he is no longer able to act upon such views due to his health condition, so we love you Ali."

It's a shame to read that James Brown's story appears to be getting similar treatment.  My love for James Brown is more musical than anything else.  I am not a child of the 1960s so my understanding of "I'm Black and I'm Proud" is more academic than personal.  For that reason, one would think that the writing process of "Get on Up" would require someone who could personally relate to James Brown's social significance in order to create a truly authentic story.  Of course, that assumes authenticity was the goal.
Posted by pipomixes on Tuesday, August 05, 2014

Wow! thanks for this post. I definitely feel different about seeing the flick now. Information is definitely the key because until now, I never even thought about "who" and "what" is behind the ideologies and making of not just this film but many others. It's the same thing with the great Nelson Mandela, dude was a straight up revolutionary but his story is definitely "whitewashed". The bottom line is We have to tell our own stories!!!