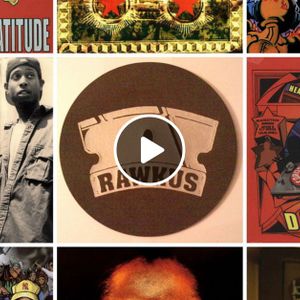 Outstanding mix covering all the independent 12"s that were released in the late 90s. The freestyle vibe of this mix does a nice job of capturing the feel of the time period of when these joints were released. On a related note: DJ DS provides a masterclass in rocking doubles throughout.


A quick mix inspired by a Twitter thread involving myself and a bunch of other like-minded heads chatting about some independent hip hop releases out there. Bit of blurred lines with some of the tracks, not planned out and freestyled together, mistakes and all! Massive thanks to @DelSoulcondor @manphatsmemos @Shawster1976 @robpursey @EternalB @RogersShady @MaxBoor @danny_cocker @drewhuge @Zero_Dark_40 @cousy_dj & @stilts88 for the inspiration!!

Email ThisBlogThis!Share to TwitterShare to FacebookShare to Pinterest
Labels: Best of... Mixes, mixes

Thanks for the kind words Pipomixes. Means alot coming from such an authority on the culture. If you want to listen to this, or any other of my mixes, please visit here: https://www.mixcloud.com/Daveds75/

What do you mean Tingoul? Not really gettin what your saying?

Ahhh!! Yeah, sorry Tingoul. I've just messaged Pipomixes to let him know that the link's not been posted. If you want to visit my Mixcloud page, here it is; https://www.mixcloud.com/Daveds75/dj-ds-independence-day-vol1/