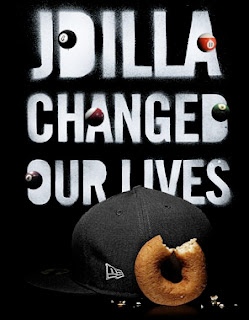 Now that February is underway I'm sure all of the Dilla tributes will begin to circulate to commemorate one of our fallen legends.  The reality is that many of the most hardcore Dilla fans were very late on the bandwagon.  That is why I've decided to post my Dilla Confessions leading up to February 7th.  These "confessions" are intended to give a more honest look at Dilla fandom from the perspective of a hip hop head who's been down with Dilla beats since the mid 90's, but who admittedly did not fully appreciate the musical contributions of James Yancey until much later in life.  With that said, here is Dilla Confession #1.

Back in the late 90's and up to 2000, a lot of hip hop heads spent quite a bit of time and energy speculating who was, and was not a "sellout."  In early 2000,  there was a tremendous amount of anticipation leading up to Common's Like Water for Chocolate album (Common was my favorite rapper throughout the 90's).  Because I was young, dumb, and hadn't quite figured out yet that we all end up "selling out" to pay the mortgage, I too was guilty of being worried about  whether Common would deliver another hardcore hip hop classic.

Around this time I remember hearing Common on Julio G's radio show promoting his new album.  At the time, the only song from the album that I had heard was the DJ Premier produced, 6th Sense.  Though the street single was a longtime Gangstarr and Common fan's dream come true, I couldn't be sure that Common would come correct until I heard the entire album.  With that in mind, I hung on every word of that Julio G interview trying to get some insight into what direction Common would take on the LWFC album.  So when Julio G asked the following question, my world came to a complete halt.

Julio G: "So, what other producers do you have on the album?"
Common: "With the exception of Premier, my man Jay Dee is going handle the bulk of the production."

A few seconds go by.

I know, I know.  Not one of the proudest moments in a hip hop head's life.  That is my Dilla Confession #1.  More to come.
Posted by pipomixes on Wednesday, February 02, 2011

Im not gonna lie. When i heard Tribe's Beats Rhymes & Life record i thought dilla's beats on that album were kinda wack.(with the exception of The Jam& Get a Hold which are classic)

I was and am not a Dilla fanboy. I still don't get why he gets so much love from heads. He made some good beats but alot of his stuff was medicore. I would say Alchemist makes better tunes than Dilla. It must be an mpc fanboy thing and since I don't use an mpc I don't get it.

I think Dilla is up there with the greats, but ya Alchemist or Premo probably take the crown.