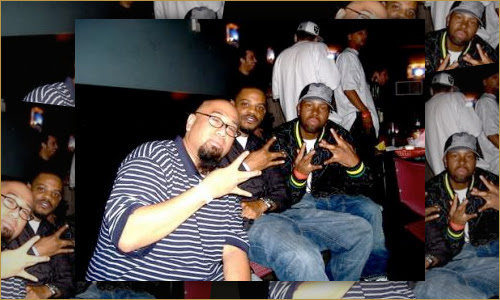 Man, good thing I checked my twitter timeline today.  Otherwise, I might have slept on this mix (literally).  Rhett's description below.

I know today is Valentine's Day, so Happy Valentine's Day to all the lovers around the world. Me personally, I don't really like to celebrate Valentine's Day…..i tend to have some bad memories due to Cupid's sadistic jokes on me (I usually like to choke Cupid out like a MMA fighter...LOL!) So instead, i celebrate Dilla Month during the month of February. My good friend, James Yancey, better known to the world as J Dilla, was an Aquarius; born on Feb 7, 1974, but ironically passed away on February 10, 2006, due to complications from Lupus. He passed away 3 days after his birthday when he released his final album "Donuts"…….Even though Dilla was from & repped Detroit to the fullest, he also called Los Angeles his home where he was really appreciated out here. And as for his request, Dilla asked to buried in LA. Dilla was buried in the hills of Glendale, Ca; which ironically on Valentine's Day, on a beautiful sunny day, with two heart shaped clouds that was made by sky writers.

Anyways, here's a new installment of the "Whutupdoe" Mix Volume 2……i made this late last night into the early morning, just for all you Dilla heads & music lovers alike. You'll hear some familiar beats/songs, as well as some Dilla treats that you might have or have not heard. From soulful type beats to club bangers….and if you know Dilla, you would know that he got a sense of humor as well as a fetish for the Female's Glutius Maximus…..Personally, i still think my fellow Beat Junnkie & brother, the Funky President J.Rocc, can make a better Dilla mix than me & anyone out there, with a exception of Houseshoes & others. But i was inspired to make this…..I try to go for a longer mix but i was getting sleepy….Ha! Nevertheless, I hope you enjoy the mix…this one is for you….and this one is for Dilla!