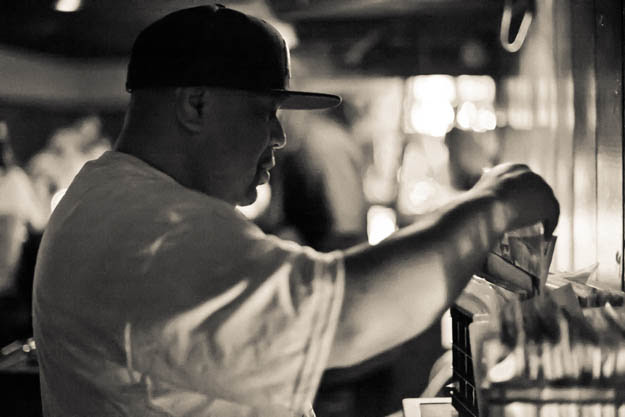 Insightful interview with the co-creator of Ultimate Breaks and Beats, Break Beat Lou. Even after reading the article a few times over, I still don't understand how UBB was/is considered legal.  Either Break Beat Lou doesn't understand copyright law, or I don't.  One of us has to be wrong here.

"Everyone from J Dilla to Premier to Pete Rock to Just Blaze to everybody and their mother had used the Ultimate Breaks and Beats in some aspect. In certain situations people are cool about it. I had one run in when, may he rest in peace, DJ EZ-Rock, I ran into him at the release party of the “It Takes Two” album and I asked him what was the idea behind the “It Takes Two” joint. [He was like] “yeah, we were in the studio and we chopped it up.” Really son? This is how you’re going to come to me? The intro is from side B, the main part is from side A and you’re gonna try to tell me that you created that? C’mon son, leave me alone.
Stuff like that made it a little difficult for me. At the same time though, I received accolades from [Bomb Squad producer] Bill Stephany when they were doing the PE album, they were listening to my records. I had a situation where Hank Shocklee and I met for the first time before he released Son of Bazerk and he was like, “yo, I gotta do something for you. Come edit my Son of Bazerk record for me.” You got guys like Young Guru from Rocafella, he calls me his mentor. Crazy stuff like that speaks volumes to me in the long run. I didn’t know what kind of impact [UBB] had until I came back into the game in 2009." - Break Beat Lou

Prior to UBB, they were bootlegging. In 1985, they created a legal company (Street Beat Records) and got "mechanical licenses" for the songs they released. Those licenses made it legal to press up and sell the songs.

As long as a song is licensed, it is legal to sell it in the quantities agreed to in the license. That said, sampling those songs is still illegal, unless the samples are cleared specifically for the new recording that contains the sample(s).

Thanks for the info