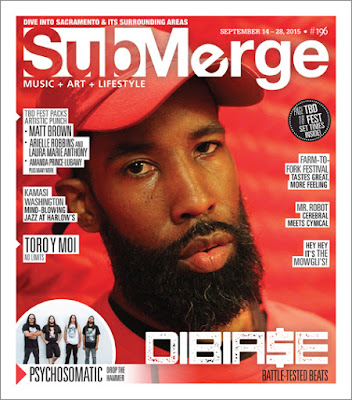 Much love to everybody who has ever made a mix/beat with one eye on the baby monitor.  Read the full article HERE.


While Sacramento did not offer the scene support he enjoyed in L.A., he expressed no regrets in his current status. His fatherhood role, which includes a stepson, structures his time spent making music. As a young producer, he would hole up in a friend’s studio and work in a weekend flurry. Now his lab time in a studio built in the backyard is reduced to a few hours during his daughter’s afternoon nap, the baby monitor at his side by the sampler.
“I can’t squander the day away,” he said. “I’ll play with her and stimulate her brain for a little bit. Sometimes she’ll sit in the lab with me, and I’ll play her some music. Put her to sleep. She sleeps for two hours. I knock some beats out a little bit. I’ll hear her on the monitor. She’s waking up and I’ll feed her again.”