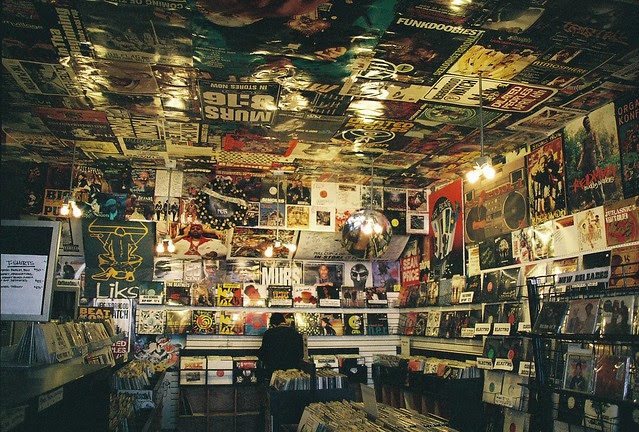 People who complain that there's no longer quality music are simply too lazy to look.  In many ways, there's too much quality to keep up with.  Below is a list of albums that I purchased in 2015 and my summarized thoughts in regards to the quality of each purchase.  Next to breathing, there's probably nothing that accompanies me more than music.  I listen to music in my office, as I play with my daughter, as I unwind at night after my daughter goes to sleep, as I drive to and from work, etc... Even when I'm not actually listening to music, I'm thinking about music and trying to curate songs in my head.  Much love and respect to all those who continue to make music for me to listen to and be inspired by.


NxWorries - Link Up & Suede EP - Followers of this blog know I'm a HUGE Knx fan.  Anderson Paak is an excellent and fresh artist as well (though a touch overrated IMO).  The EP is excellent and will have you irritated that you'll have to wait a little while longer for the LP (which is long done according HouseShoes' twitter). Must Buy

Guilty Simpson - Detroit's Son - I love how the one MC, one producer album is in vogue.  Here, Guilty rides top shelf beats by the Quakers' Katalyst.  I've never been much of a Guilty Simpson fan and have always wondered why such dope producers have laced him with beats (Madlib and Dilla to name a few); but he certainly made me a believer with his latest effort.  Must Buy

MED, Blu, & Madlib - Bad Neighbor - You won't find a bigger Madlib fan than me, but I'd be lying if I said this album didn't disappoint.  I'd like to blame Blu and MED for the lackluster effort, but I think all three names on the bill deserve blame.  Not Missing Much Here.

Dr. Dre - Compton - I can understand updating the beatmaking formula to what's going on musically at the moment, but what's up with all those horrid hooks?  Listening to this album was like watching Jordan play for the Wizards.  Hell, the album is so bad it's like watching Kobe this season.  Well, maybe not that bad; but you get the idea. Money Better Spent on a Lap Dance.

AG & Ray West - The Nickel EP - The DITC wordsmith gets his slow-flow on here, and I liked it!  This might not be for everybody, but recommended for all fans of sample heavy, slow-downed tracks.  Worth the $$

Knxwledge - Hud Dreams - Impeccable. Flawless. I challenge you to find a better instrumental album.  Knx is the future of beatmaking. Must Buy

White Boiz - Neighborhood Wonderful - Another one MC, one producer album.  Perhaps I am a albinist, but I've never been very enthusiastic about anything Krondon.  This album is so good that it continues to be in constant rotation despite my own personal bias against all things Krondon.  Must Buy

Sean Price - Songs in the Key of Price - Shoot yourself if you haven't already bought this.  Must Buy

Alchemist - Retarded Alligator Beats - He's got his fan base.  He seems to be universally respected.  Yet, Alchemist flies below the radar of the acclimation you'd think an artist of his stature would get.  Whatever the reason, another stellar beat tape from the chemist they call Al.  Must Buy

Gangrene (Oh No & Alchemist) - You Disgust Me - See above. Must Buy

Kool Keith & Ray West - A Couple of Slices - If you liked Time? Astonishing!, you'll like this.  Worth the $$

Ras G - Raw Fruit 4 - The entire Raw Fruit series is absolutely exquisite.  Perhaps because it's the freshest to my ear, but I think Volume 4 is the best of the lot.  Must Buy

J. Rocc - Beats on Tape - It is an absolute crime how J. Rocc's production prowess is slept on.  As a deejay (and unofficial lead collector of the infamous Dilla and Madlib beat tapes), you can tell J. Rocc understands the pacing needed in order for a beat tape to not sound monotonous and stale.  Technically, a December 2014 release; this album is a Must Buy in any year.

Illingsworth - Worth the Wait - Another stellar release from House Shoes' Street Corner Music.  The title just about says it all.  Worth the $$

Albums I've Been Meaning to Buy, But Haven't for Reasons That Can't Be Explained

Kendrick Lamar - To Pimp a Butterfly; Earl the Sweatshirt - I Don't Like Shit, I Don't Go Outside; Vivians - Vivians; Nottz & Big Pooh - Welcome Home; Freddie Gibbs - Shadow of a Doubt;

Posted by pipomixes on Thursday, December 17, 2015